Not long ago, in a village called Kanalia, there lived a family deeply devoted to their old ways that everyone thought they were amiss. The couple had a retarded son, Jeremy, and a weird daughter, Silvia. As for the parents, John was bright enough for a 12th century man, and his wife Georgia suffered from depression after the birth of her son. But in an old-fashioned village that this, everybody called her slow or stupid.

The family lived away from the other villagers, close to the fields called Kambos. That was the place were all the villagers had some land to farm or had some cattle. The weirdoes had both. John had to work hard to crop vegetables, wheat and gather fruits from the trees. His wife stayed mainly at home to take care of the household. Silvia used to help both at home and on the fields. Jeremy had to take care of the cattle – an old goat, a ram and his father’s pride and joy, a cow. This poor animal produced milk for them but was forced to carry the wagon around the village so the family could do their shopping.

But the cow had another story to tell, something that no villager could ever suspect or imagine. That retard, Jeremy constantly raped her because he simply never had a chance to do the job right. And between wanking and sucking he chose fucking the cow.  The problem was the cow’s lover, the ram. He could not stand that bastard boning his lady and he also knew that Silvia had feelings for him. She was always willing to help him around and used to hug him and kiss him every morning.

One day, while Jeremy was trying to hump the cow, Silvia entered the stable. She was absolutely freaked!! She could actually see her brother’s hard willy anticipating to enter the holly hole and the cow mooing desperately for help. The retard tried to explain the situation and reached out to grab his sister’s arm, but Silvia filled with disgust ran out of the stable. She ran out of breath into their house and called her mother. Georgia rushed downstairs and almost broke her leg going down the stairs.

Yet, they weren’t fast enough, because as they invaded the place they witnessed another shocking sight: the ram, which had gone completely insane, was jumping on Jeremy and headed him everywhere. Eventually, the cow’s horn was out of that awful part of Jeremy’s body, but the ram had just not finished his task. Before the surprised family, he neared Jeremy and with an extremely fast bite, he cut off Jeremy’s penis.

That awful bestial screamed his head out but there was no mercy for him. His parents went close to him and tried to stop the bleeding with every means available. Silvia set off to the village for help. All of a sudden, while John and Georgia were trying to help, the goat went mad and attacked John. She couldn’t stand the fact that the cow had reacted against her rapist and she had done nothing to stop being raped every other day. Georgia got what was going on behind her back so she joined forces and finished her husband off with some help of her rival.  She simply grabbed a reaphook and castrated John. “You had enough dick for her, but you couldn’t fuck me? Is it because I gave birth to a miserable creature like your son?” Georgia shouted. John replied in agony “I wish I didn’t but I could never hump the cow, she was Jeremy’s lover. You are not as fresh as they are”. Those words were his last. Silvia, who had entered the stable before, tossed a spade and decapitated that beast known as her father.

A few minutes later some curious villagers arrived, not sure yet if that weirdo had told them the truth. They had seen none of the horrible scenes that had taken place before. All they witnessed was Jeremy bleeding badly, Georgia weeping above her dead husband and wounded son, and Silvia frozen, starring at the scene. From what they had known they concluded that the father had attacked his son and that retard, trying to defend himself, had chopped his father’s head and balls. Nobody ever thought that the ram, the cow and the goat had started everything.

Right after John’s funeral, his son was taken to court and was convicted for murder. He was sentenced for 10 years but was going to be imprisoned in an asylum. Silvia was able to overcome the shock, left home and finally went to school at the age of 26. She got a job at a horse ranch and people claim she’s been crazy about a saddle horse. Her mother, who got even more depressed, set the cattle free, and left home to live in the wild. Some villagers say she lost it for good. Little by little, she convinced herself she was a hen and left her house to live on a tree. The strangest thing is that her cow, her ram and her goat never leave her side and protect her from strangers.

This is a plea to every person who is about to read this story: if possible, stay away from Kanalia village and the area around it. The locals can still remember that freaky story and will be glad to narrate it to you and show you around the crime scene. You will find out that this is not a joke at all.

This site uses Akismet to reduce spam. Learn how your comment data is processed. 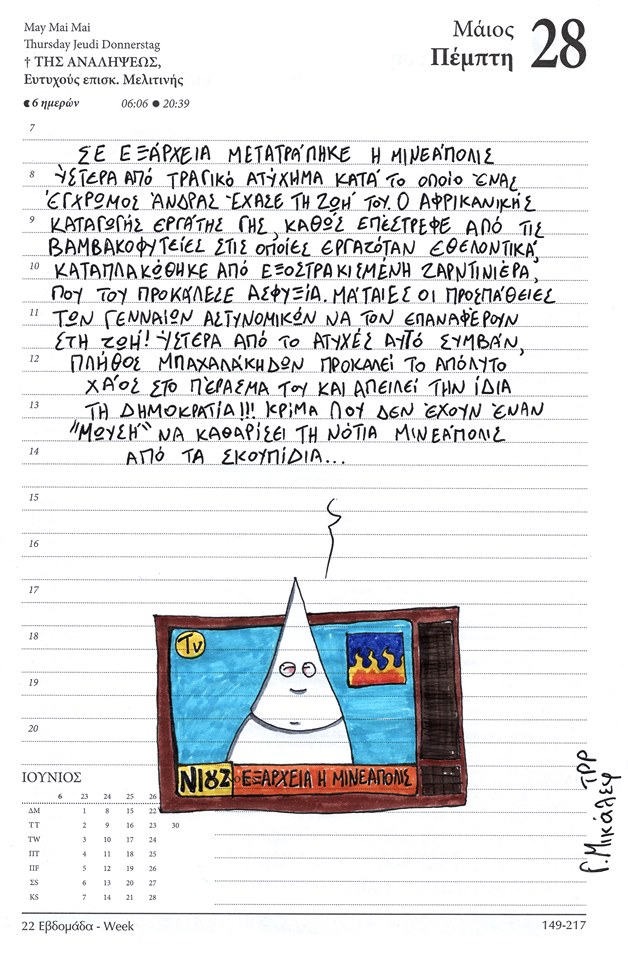 Επικοινωνία, about us κλπ